As you sing in your account Campaigns tab appears. There is info about this tab and how to use it. 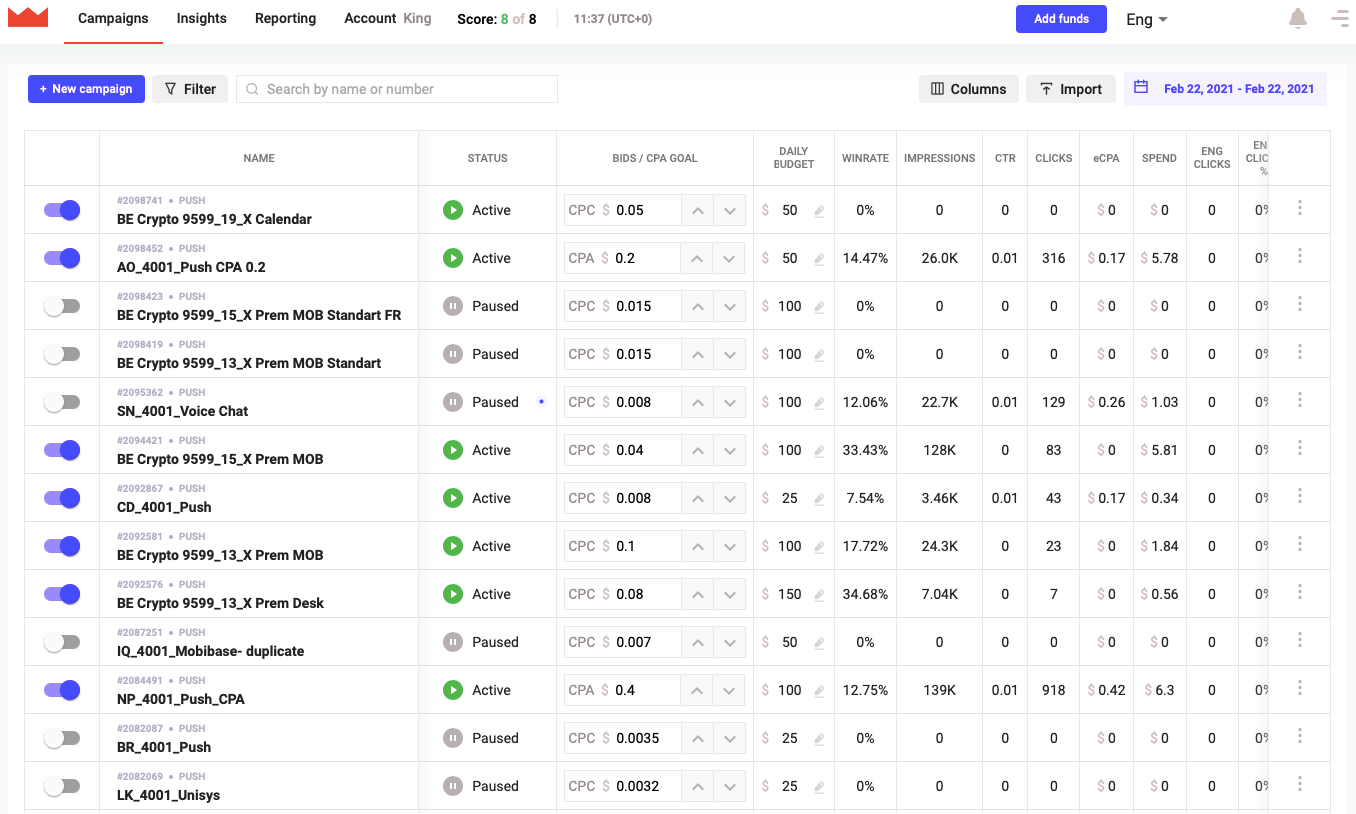 You can sort campaigns by some categories:

Also, if it’s necessary, you can enter the campaign name (or ID) in the search bar and the desired campaign will be displayed.

When you open the campaign page, statistics for all campaigns are displayed by the following parameters:

You can select only those parameters that are needed by clicking on the Columns button, and remove the rest by unchecking the boxes next to the parameter. You can also change the order of the columns. 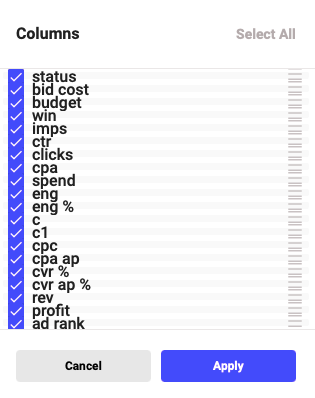 You can set the time period for which you want to view statistics (it’s set by default, the date when the tab is opened):

There is a slider to the left of the Name column that turns the campaign on or off. Also, in the line with the campaign parameters, you can edit the bid or budget without opening the campaign.

You can see a blue dot in the Campaign status column. You will see recommendations, by clicking on the dot, for optimizing the campaign  which you can apply without going to the campaign editing page.

To apply these recommendations, click on the blue dot and then on the Apply button.

There are two lines at the bottom of the page: